Behind The Lens: Sunsets in El Nido

Behind the Lens is an ongoing series that tells the true story—both good and bad—behind what it took to get that picture.

“Just another day in paradise! Enjoyed a quiet view of sunset over the harbor while sharing a San Miguel on a cool Summer’s eve!”

“We arrived 90 minutes before sunset to ensure a chance at a front-row spot, as it was our only hope of even being able to take a picture. The bar itself was sheltered by narrow walls and thick trees, which prevent even the lightest of gusts from reaching us.  The hot 95 degree sun shown directly onto your face, and without sunscreen we began to burn within minutes.  We tried to hydrate, but the bar would only accept cash, of which we had only enough for one San Miguel.  As the sun got progressively lower, the crowd of people behind us packed in ever-tighter, juggling an oft-spilled beer in one hand, and both their camera phone and cigarette in the other. We took turns fending off the never-ending onslaught of outstretched arms reaching over us, eager for their own picture, as we each took shots.  After finally getting the picture after 2hrs, we began the 30-minute trek back home, exhausted, sunburnt, dehydrated and malnourished, and found ourselves crashing for the night at 8pm.” 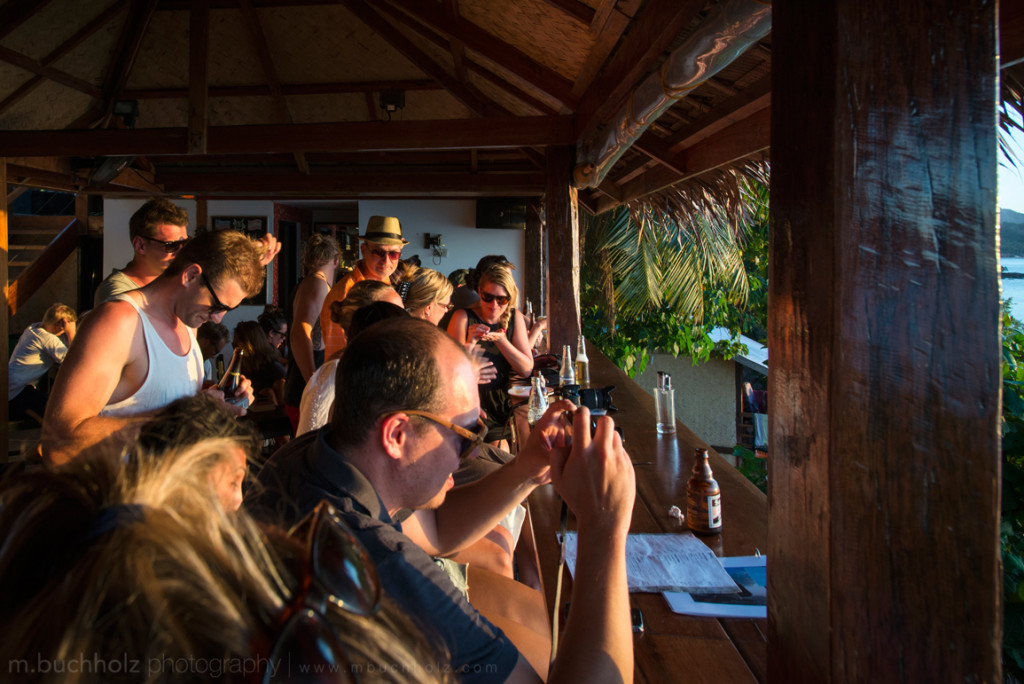 Flying: What Your Seat Choice Says About You

The Art of Having Fun